People yawn for a few reasons. Yawning is mostly involuntary. We yawn when we are bored or tired. One theory is that our breathing slows down and we don’t get enough oxygen, therefore we yawn to get more oxygen into our lungs and move carbon dioxide out of our blood. This type of yawning called “spontaneous yawning”. Another type of yawning called “contagious yawning” meaning that about half of adults (human and chimpanzees ) will yawn after seeing, hearing  or even thinking about yawning, which by previous studies was believed to be connected to empathy, however in a study (https://www.dukehealth.org/health_library/news/contagious-yawning-may-not-be-linked-to-empathy-still-largely-unexplained ) by Duke University it was concluded that age was the most important predictor of contagious yawning. Finally, contagious yawning remains an unexplained mystery to science.

However, since dogs are our main subject and we want to know more of their secrets; Dogs researchers say that besides the fact that yawning in dog’s is a part of a communication/language it can also be associated with empathy.

Dogs believed to yawn as a displacement behavior. Meaning, the dog feels uncomfortable in a situation, location, or position is in at the moment of yawning. In more details, displacement behaviors such as yawning can be used to resolve conflict the dog finds himself in. Instead of snap, growl, or move himself away from the conflict he will try to resolve it by yawning and communicating to the surrounding that he wants to resolve the conflict he’s in that moment. For example, Dog who doesn’t feel comfortable around children and while walking with his owner he is noticing a few kids playing in front he might yawn to tell his owner and the children he feels uneasy.

Dog also yawn in anticipation. Anticipation can be for stress or excitement. For example, the dog will yawn in the veterinarian waiting room in anticipation of stress or can yawn when he sees his owner getting his leash to take him for a walk.

Yawning can be associated with a medical problem as well which is part of yawning out of stress.

A study (https://www.sciencedaily.com/releases/2013/08/130807204847.htm)  done in Japan claims that dogs also have “Contagious Yawning” which means, the dog will yawn when he sees another dog or a person yawn. Specifically when the person or dog is emotionally connected to the dog such as his owner.

In conclusion, dogs will yawn for many reasons however is important to put everything in context. Notice that many of the reasons for yawning is connected directly or indirectly with feeling uncomfortable at the moment of yawning and it is important to read the dog and try to recognize the cause for it.

On the other hand, don’t over analyze your dog. It could be that he is yawning because he has high-level carbon dioxide in the blood and he needs to yawn to get more oxygen in and move the carbon dioxide out of the blood.

Do you see your puppy wagging his tail and think he is happy? You could be wrong! Different wags mean different things. The tail is just one part of your dog’s language. Sign up today and learn what your dog is really telling you. We will email you back with the next date.
Subscribe Now
Coming soon 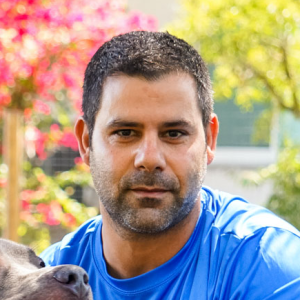 Shay Maimoni is unlike any other dog trainer. His life’s passion is training dogs; it’s not just a job. Israeli-born, Shay was exposed to military training at the age of fifteen, when he entered a Naval High School. Immediately after graduating, he joined the Israeli Defense Force (IDF). From one position to another, his abilities were tested until one of the commanders noticed how well Shay connected with dogs. He was quickly positioned into working and training military working dogs (MWD). His personal dog in the military was a three year-old Rottweiler named Boss, who served as an anti-terrorism dog. Due to the restrictions on classified military information, minimal information can be shared. However, Shay’s experience in the military piqued his interest in working with dogs in the future

An Ultimate Pet Owner Guide to CBD for Dogs

Keep in touch to get the best offers, next seminars dates and articles. 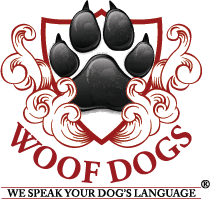